Lean Media: The Importance Of Intangibles And Brands

For several months, I've been working on a framework for Lean Media. The inspiration comes
from Eric Ries' talk about Lean product development (which I saw at MIT in 2010) as well as Ash Maurya's book Running Lean. Both Eric's talk and Ash's book focus on creating great software applications which people and organizations are willing to buy. But when it came to looking at media products through the Lean lens, I felt that two elements were largely missing from the rigorous, iterative processes they described:
In a sense, these elements are actually coefficients that can be huge multipliers for new media ventures or new media product launches by established players. In this post, I'll describe some of my thinking around intangibles and media brands. I'll also tie it into my own media startup, the In 30 Minutes family of books.

When I was first exposed to the Lean product development concept, it meshed with my experience in the media world (analog as well as digital). I knew that media products, (including websites, articles, video, songs, albums, books, and photographic works) do not  require long, complicated, perfectionist, top-down production cycles to be great. 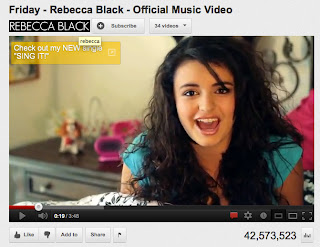 In the world of pop music, there have been a host of bands who have created great songs on a shoestring budget and/or on a short production cycle. Led Zeppelin II and Rebecca Black's "Friday" are examples. For digital content, niche news blogs like TechCrunch, Mashable, and PaidContent basically started out as one-man operations. People may debate whether such content is "great", but regardless, all of the examples listed above resonated with audiences.

On the other hand, the success of these media products cannot be attributed to Lean product development techniques alone. The Lean methods failed to take into account intangibles such as:


Media-specific intangibles are not guarantees of success, nor are they required for new ventures. But they sure can help.

In addition, there is brand power. Brand power is real, and can give a new venture/media product a  receptive audience and "halo effect" even if the product is otherwise lacking.

For example, for anything Jerry Seinfeld attaches his name to, I am inclined to think it will be funny and worth my time. Likewise, when the New York Times launches a new digital feature, mobile app, or book, not only am I likely to use it, I have a belief that it will reflect high production and editorial standards. Therefore, media brands can create additional value, regardless of whether they were the products of Lean product development or multimillion-dollar productions.

How does "brand" apply to my ebook venture? I'm not famous, and I haven't been around for that long (the ebook venture was launched less than five months ago).

But that doesn't mean that brand development should be left out of Lean product development cycles. When I wrote my first book, a Dropbox guide, I knew that it wasn't enough to simply create great digital content using Lean methods. It's possible the reputation for quality might eventually lead to large numbers of sales for individual ebook titles. However, the reputation of an author takes a long time to build, and the cross-pollination effect among different titles would be limited. I saw the addition of a brand layer (including text and design) bringing several benefits:


For my very first book, Dropbox In 30 Minutes, I created the "In 30 Minutes" brand. After I validated customer demand, I commissioned a professional designer to create a brand identity (see my post, "Do people judge an ebook by its cover?") Both the text and visual brand elements have been applied to follow-up titles.

I have some evidence (but no proof) that the branding has helped with sales of my second book (a guide for how to use Google Drive). I am also interested in seeing audience response to "In 30 Minutes" titles written by other authors, as well as bundled titles. In other words, it's still too early to tell ... but I believe getting an early start on branding will help grow the venture in the long run.

The Lean Media framework is still being developed. Its goal is to help media startups and established media companies develop great products that people want to use or consume. I would love to get feedback from people in the media and startup industries, as well as consumers. Feel free to leave a comment below, or contact me at ian -at- in30minutes dot com.
Posted by I Lamont at 2:58 PM