Tech support stories: "id 10 T" and other IT acronyms

Years ago, I developed an online community for Computerworld called Shark Bait. It was targeted at IT staff, and anonymous users often shared stories from their workplaces. Sometimes they were about confusing technologies (which everyone has suffered through) or frustrating office politics. At other times, the stories were about people failing to follow instructions, mixing up different technologies, or otherwise behaving in a clueless matter when calling the IT support desk ("where can I get a Google Docs for Dummies?"). No names were ever used in these stories, of course. 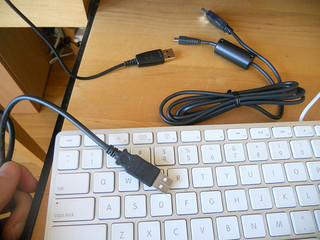 I recently spotted a reddit thread about the secret codewords that are used at some companies to describe certain types of customers. A gaggle of IT staff weighed in with their code names for stupid computer users, starting with this comment:


I work at an IT center. We regularly talk about the "id 10 T" error. Meant that we were dealing with an idiot.

While secret codewords and acronyms help IT staff relieve the boredom or frustrations of their own jobs, it's cruel to be on the receiving end of these jokes. Sometimes, things can go too far. It's easy to create a culture of "us vs. them" or build up so much contempt for users that a culture of mutual hostility emerges and festers.

(Sorry, I couldn't find any longer videos of Nick)