I'm one of those cell phone cheapskates. You know, the guy who didn't own a mobile phone until it was absolutely necessary, and then only got the cheapest phone/plan options possible -- or got it through his employer. For the past few years, I have been using AT&T GoPhone

/Pay-As-You-Go plans and the cheapo Nokia feature phones that come with them. A few weeks ago, however, I joined the elite, getting a snazzy Android phone (Samsung Exhibit II

) and a really reasonable carrier plan -- the $30 TMobile Monthly 4G plan -- through Walmart. I'll give a quick review of the phone and the T-Mobile plan below.


First, a relevant fact to this review is that while I have been a cellphone cheapskate for a decade, I am actually a pretty heavy iOS user. I don't own an iPhone, but we have an iPad at home as well as two iPod touch devices. The newer one (4th generation) has been something that never leaves my side -- I use it for email, photos, twitter, Instagram, the Weather Channel app, music, and about a dozen other regular uses (I have wi-fi at home and work, which enables a pretty good mobile experience at these locations). If I had the funds to afford an $80 or $90 monthly iPhone plan through AT&T or Verizon, I would have gotten an iPhone, but I don't. But my work as co-founder of Invantory (a company that is developing a Craigslist app) was getting more intense and requires more frequent calling. This forced me to get a new phone plan with more capacity. 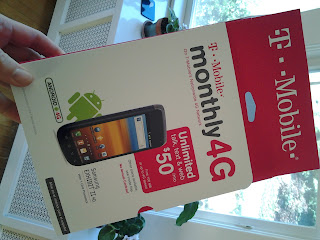 I began hearing about the TMobile Monthly4G plan in October, offered through Wal-Mart. It sounded great -- the cheapest option cost $30 per month, included unlimited texting and Web (first 5G at 4G speeds, 2G thereafter) and 100 minutes of talk, with 10 cents per minute thereafter.

plan, which costs $25 for 100 minutes of talk and charges 25 cents for additional minutes. AT&T texting is 20 cents and data is similarly expensive and practically unusable on the tiny Nokia browser and terrible e-mail interface. Virgin reportedly had a similar plan to T-Mobile, but it was $5 more per month.

T-Mobile/WalMart offered a bunch of different phones, but I was really set on Android -- it was an iPhone-like experience and will eventually become a platform for Invantory's mobile classifieds. T-Mobile had an Android phone called the Samsung Dart

, but it had poor reviews (including poor voice quality). The Samsung Exhibit II, however, sounded much better, and worked with the new monthly4G plan.

The plan had just been launched, so I began visiting local Wal-marts to look for the phone and try it out. It was useless. The boxed phones for the Tmobile Monthly 4G plan were there, but they were feature phones and the Dart. The Exhibit II wasn't in stock, and staff had no idea what I was talking about (even in a store which the Walmart website listed as having it "in stock"). The phone was also supposed to be available through T-Mobile stores, but at a 25% markup ($250 vs $200 in Walmart). I eventually gave up seeing the phone in person and just ordered it online through Walmart.com.

Out of the box, the phone worked well, but there were some hiccups. Here's the low down:

This is probably my biggest beef with the phone. Here are the pros and cons: 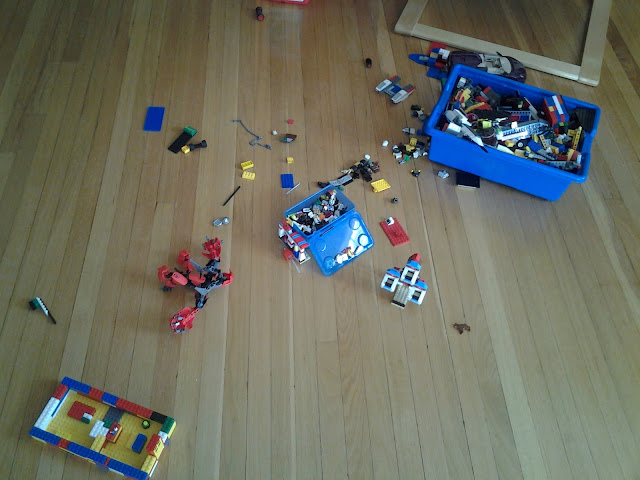 I may have some other updates as time goes on and I use the phone more. But so far, so good. 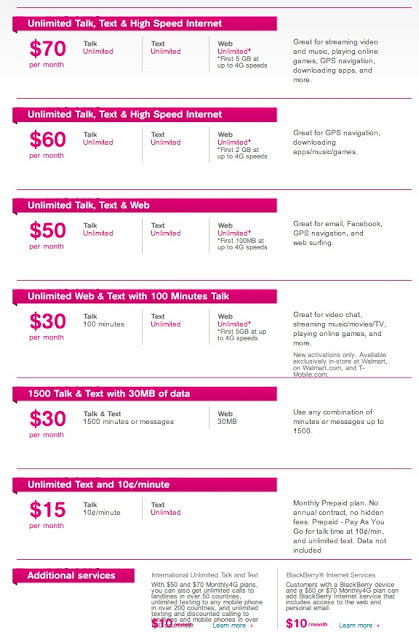